An awesome Roast … made this to celebrate hubby’s birthday … the apple & sage stuffing is awesome and wrapping the crown of pork with bacon keeps the chops succulently moist ….I served up with some pan-roasted asparagus ❤ 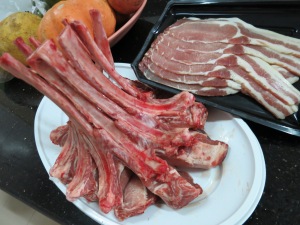 I used only 2 slices of bread, cut into 1″ squares (partly because the crown of roast I bought is very small and partly … spread evenly on a baking pan … you can more slices if the crown you are stuffing is bigger …please note that recipe below is for a small crown of pork with about 10 chops so please increase recipe accordingly if your crown of pork is bigger 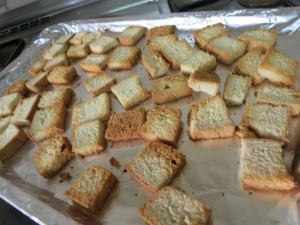 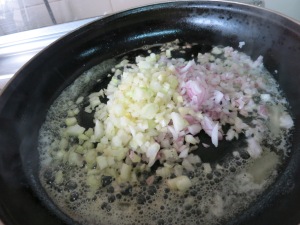 Cook onion & celery in heated skillet with butter over moderate heat, stirring, for about 5 mins, until soften …

Reduce heat to low, then cook covered, stirring now and again, until apples are tender… about 15 minutes

Stir in bread squares, parsley, and chives …remove from flame and set aside …

Wrap tips of rib bones with foil to prevent burning …sprinkle roast inside and out with salt and pepper and put in a large flameproof roasting pan…. 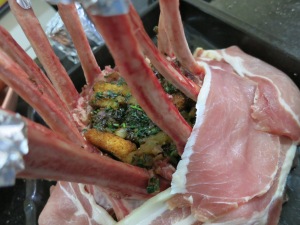 When roast is done, lift it out of roasting tin and stand it aside, loosely covered with foil, for 15 – 20 minutes and …

…make the sauce …skim fat off surface .. place pan over a burner… add water, then deglaze pan by boiling over high heat, stirring and scraping up brown bits….pour through a fine sieve into a saucepan, discarding solids …

…add the apple jelly and any juices accumulated from the resting crown of pro .., then simmer sauce, whisking occasionally and skimming any fat that rises, until jelly is melted, about 4 minutes….season with salt and pepper then pour into a sauce boat to serve with the roast

Ingredients :  for the stuffing

I did say my hubby is a better cook than me!! Presenting his awesome Raan … an North Indian take on a Sunday Roast … seen here, served up with Onion Bhaji and crispy roasted potatoes … ❤️❤️❤️ it!!

A boneless leg of lamb was used here although a bone-in leg of lamb would normally be used … seen here with spice all rubbed allover lamb, pressing firmly into the cuts and cover, refrigerate overnight

pour water combined with curry leaves into large baking tray … place lamb on a rack in the tray …cover lamb with foil, bake in moderate oven for 1 hour ..remove foil and bake for further 30 mins or until lamb is browned and tender

A very easy Sunday Roast dinner … perfect for a party too … something that can be prepared ahead of time, stick into the oven and you can lean back and relax 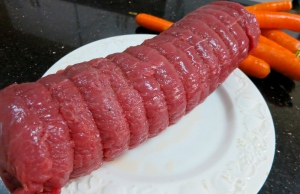 1 rolled brisket joint about 1.6 kg … I bought one that is already pre-rolled by the butcher 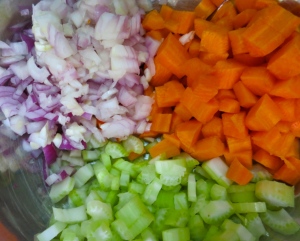 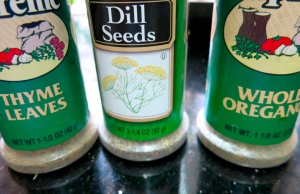 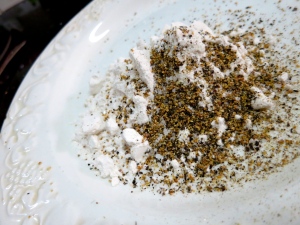 … dip the meat into the flour mixture to coat …

Heat oil in a Dutch Oven, which is what I use here … brown the brisket allover .. transfer to a plate and set aside 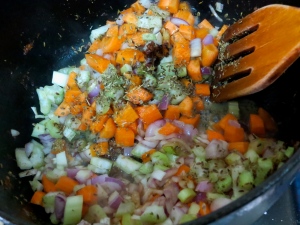 Melt half the butter in the Dutch oven over medium heat … add in the onion, celery, carrots, dill seed and thyme/oregano .. cook, stirring frequently, for 5 minutes …

… bring to the boil, cover and cook in the pre-heated oven to 140°C for 3 hours … turning the meat every 30 minutes

Add the potatoes after the brisket has been cooking for 2 hours … add more stock, if necessary … when ready, transfer meat and vegetables to a warmed serving dish …

Mix remaining butter and flour to a paste … 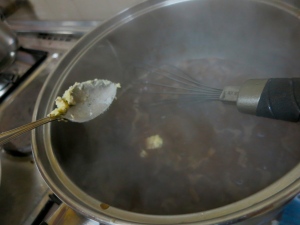 .. pour the sauce over the meat and vegetables .. sprinkle with chopped fresh dill and serve immediately 😉

4-5 potatoes, cut into large chunks and boiled until just tender

Our Sunday Roast … the best crackling ever I’ve achieved thus far … not one bit was chewy and the meat was absolutely moist & juicy …I can never have enough of pork crackling … doing great justice to my already high-cholesterol??!!! …. 😉

This is a Roast Suckling Pig which we (hubby & I) were so graciously treated to by our God-daughter’s boyfriend when we were in Indy … it was absolutely gob-smacked awesome … he spit-roasted it on his BBQ pit … unfortunately, I don’t have a pic of that to post here! Thank you Eric for such an awesome treat! 😉 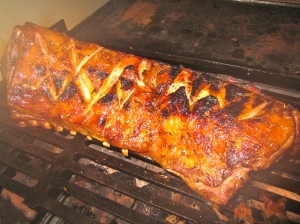 Tender rack of lamb on the grill makes a perfect Sunday Roast Dinner …Hubby grilled this New Zealand whole rack of lamb loin chops atop the BBQ grill and he did such a great job with it … I couldn’t have done any better!! 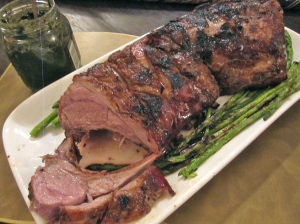